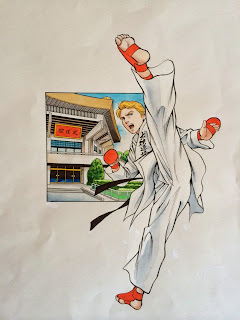 The cover art has arrived! Kamobayashi Sensei has really done an amazing job!

I really love the retro feel of the piece, while also reflecting the modern kumite equipment used in competition.

The building in the background is the Nippon Budokan, and it says Budokan in kanji on the red banner, as that is what the actual entrance looks like.

The kanji on Sonny's uniform says Ogami Dojo, which of course a Japanese reader would understand so I just wanted to share that fact for non-Japanese readers.

Is Sonny leaping into the kick, falling from the kick, off balance in the kick, or at the moment to extend further with the kick, it all depends on the viewer.

And um, no, Sonny is not supposed to look like me. For sure similar, but he is a fictional character having some traits of some famous karate athletes.

Again, I love cover, I love how the color really comes off the page, and I can't wait to see how the publisher incorporates this artwork into the actual front cover of the book itself.

Next stage in production is the first few pages of the first chapter...
Posted by Richard Mosdell at 7:18 PM 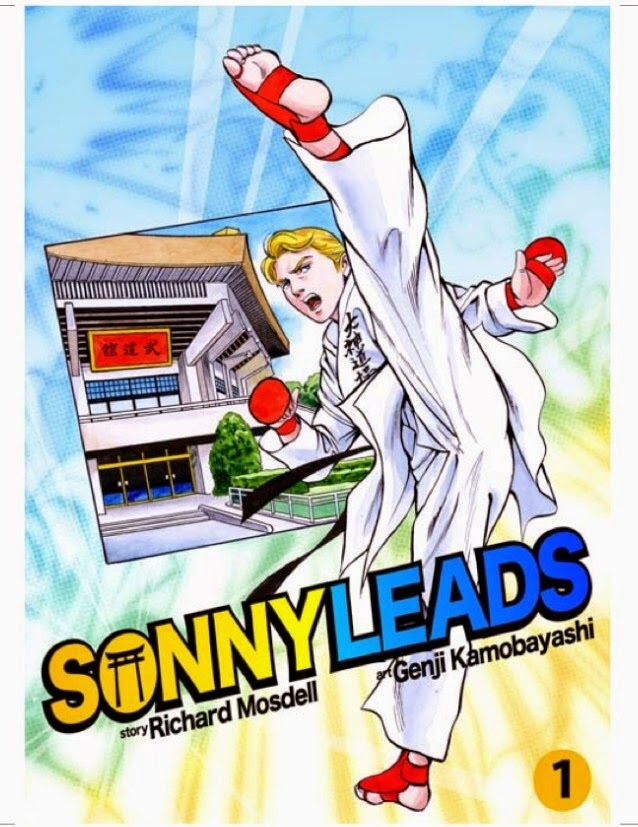